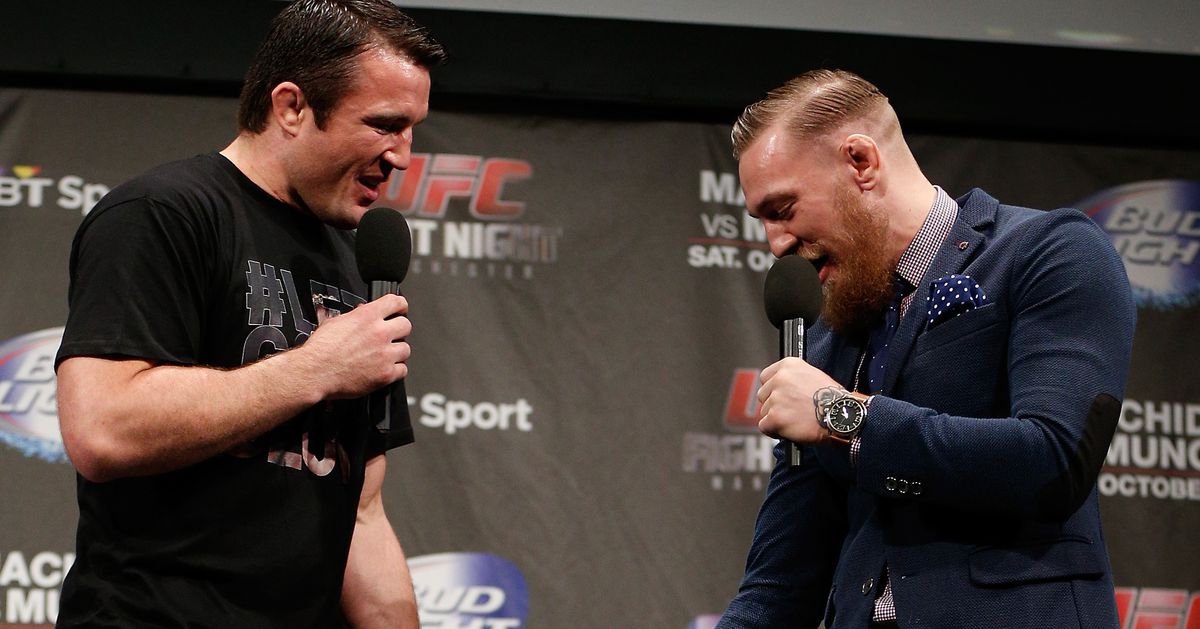 It may be a while before UFC superstar Conor McGregor gets to return to action. “The Notorious” has been out of the USADA testing pool, which would require six consecutive months of testing before a comeback would even be possible.

Leaving the testing pool combined with McGregor repeatedly flaunting his massive muscle gains have led to theories about possible PED use. According to the Irishman himself, his withdrawal from the testing pool was to allow him to “heal and return to a normal way of life” and that the current rules on PEDs should be “assessed” by USADA.

Despite McGregor basically admitting to using banned substances to “heal,” other observers like Chael Sonnen still claim that the former champion only said that to troll fans.

“Conor’s clean,” Sonnen said in his recent guest appearance on The MMA Hour. “He’s been trolling, he’s been having fun with people.

“Come on. A guy doesn’t go out and do a crime and then document the crime. Conor put the pictures out. He’s having fun with people. He’s clean.”

Sonnen further explained his take on McGregor’s current situation, which included a few extracurricular activities that could deter him from fulfilling his obligations with USADA.

“I believe that Conor has chosen his words very carefully,” Sonnen said. “I believe that he’s creating conversation. I know that every word that he said is to insinuate that he’s avoiding the pool for scandalous reasons.

“Just to give you an example, Conor spoke five days ago and said, ‘I’ll be ready to enter the pool in February.’ What do you mean you’ll be ready? He knew what he was doing. He wanted that put out there.

“I will tell you, I believe that Conor left the pool. He’s never been clear on this. I believe he left because of logistical reasons.

“The whereabouts clause in violation of having to let someone know where you are 24/7/365, right, if you’re not where you said you’re going to be, it’s a mark and if you get three marks in a calendar year it’s an instant fail and that fail comes with a minimum punishment of two years [note: the USADA website actually says “up to two years for a first violation,” not a minimum].

“I just bring for you that if he was off doing Road House and medication and he knew he wasn’t going to fight anyway and he just didn’t want to keep up on the organizational side of it, I think that he made the right decision.

“I think Conor is having fun with people, making them think that he’s on some form of anabolics.”

It’s worth pointing out that Sonnen’s sudden speculation about “logistics” doesn’t really line up with McGregor’s own admissions. In a previous tweet that has since been deleted, McGregor says he “disclosed” everything he used to USADA, while asking for rules to be changed.

“Everything was fully disclosed before I began,” McGregor wrote. “The state of allowance for athletes to recover from injuries as horrific as the one I overcame must be assessed.”

Earlier statements from McGregor also lined up with a specific USADA clause requiring athletes to provide two negative samples if they admitted to using a banned substance before entering the testing pool. If McGregor was also trolling about that connection, he’d be targeting a joke only to a select few who know specific clauses from a long USADA contract.

McGregor regularly rants on social media, saying or revealing random things at weird hours regardless of how it makes him look, only to delete them soon after. Is it easier to believe that he just did that again, or that McGregor suddenly decided to think methodically about what he’ll tweet days in advance so he can come up with an elaborate plan to troll a very niche market?

McGregor has been away from the Octagon since he broke his leg when he fought Dustin Poirier at UFC 264 almost a year and a half ago.