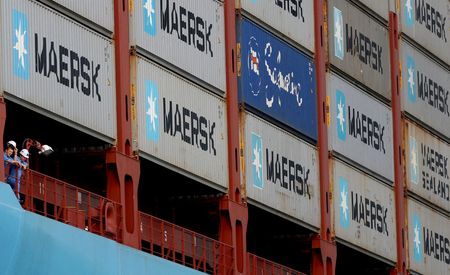 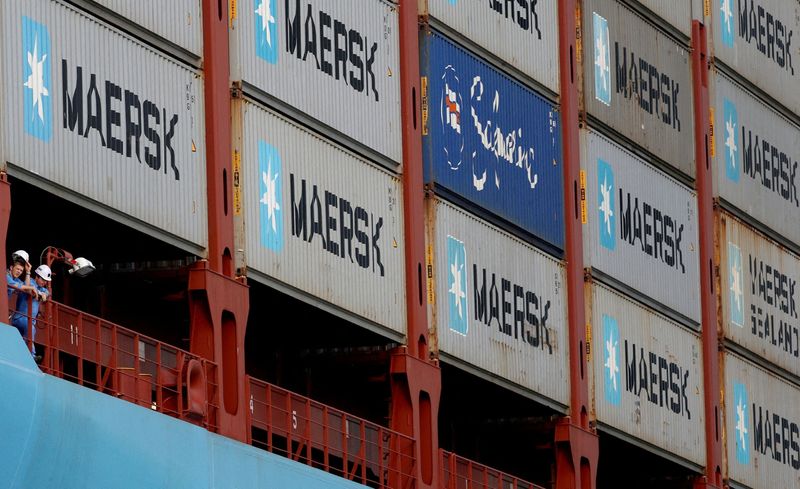 COPENHAGEN (Reuters) – Two top European shippers warned on Wednesday freight costs were likely to remain high well into this year, offering no relief to customers including the world’s biggest retailers, though they said bottlenecks should ease later in the year.

Pandemic-related disruption and a surge in consumer demand drove up prices for shipping goods around the world last year, boosting profits for both container shipping group Maersk and freight forwarder DSV.

Efforts to speed up the movement of goods have yet to solve the bottlenecks, causing severe delays at major U.S. ports with knock-on effects around the world.

“As the pandemic eases and more people return to work, the ships will be handled quicker in ports, which will free up capacity,” Skou said. “At some point during the year, we will see a more normal situation.”

This view was echoed by DSV, the world’s third-largest freight forwarder behind DHL Logistics and Swiss-based Kuehne & Nagel.

“A gradual reduction of the congestion could start in the second half of the year,” said CEO Jens Bjorn Andersen.

He predicted that while shipping costs would have to come down, because low reliability due to congestion and delays did not match current high prices, they would not fall to the same level as before the pandemic.

“The high level of freight rates we have now is not sustainable for our customers. The quality and service we deliver as an industry is not good enough,” he said.

Maersk said high shipping costs had prompted more customers to prefer longer-term contracts instead of relying on the securing container capacity in the spot market.

“In the extraordinary market situation last year, we’ve had to prioritize customers who sought a longer-term relation with us,” Skou said. For those relying on the spot market, “the last year has not been fun.”

Maersk, which handles about one in five containers shipped worldwide, expects operating profit at around $24 billion this year, similar to last year, but slightly below the $24.4 billion expected by analysts.

The company reiterated preliminary fourth-quarter results published on Jan. 14, when the company said a fall in ocean-going container volumes by 4% was more than offset by freight rates surging 80% compared with a year earlier.