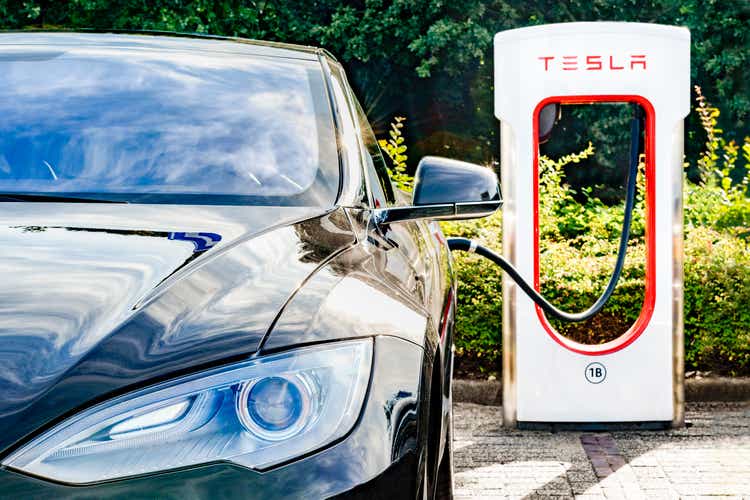 “We believe that factors that drove Tesla’s (TSLA) weaker than expected 3Q production and deliveries could continue to present headwinds into 4Q as well as into 2023,” he explained. “We wanted to allow for a greater margin of error in the supply chain, as well as incremental pressures from FX headwinds, inflation, startup costs, and to a lesser degree, demand destruction.”

He added that he believes the automaker is “passing through peak margins right now”, with headwinds ramping up into year-end. Namely, the costs associated with 2 gigafactory ramps are expected to hamper the metric. Jonas reduced his third quarter 2023 gross margin expectations to 25% from a previous 26.2% estimate.

“Is Tesla experiencing demand destruction?” he asked rhetorically. “Very likely, at the margin, although this would be reflected in shorter lead times and price declines in coming months as even EV customers may be feeling the effect of inflation fatigue/buyers strike.”

While Jonas still expects to sell every model it can muster through year-end 2023 and reiterated his Buy-equivalent rating, he reeled in his price target alongside the estimate trimming. His base case price target now stands at $350, reduced from a prior $383. His bear case target was moved to $150 from $167, while his bull case was targeted at $500.