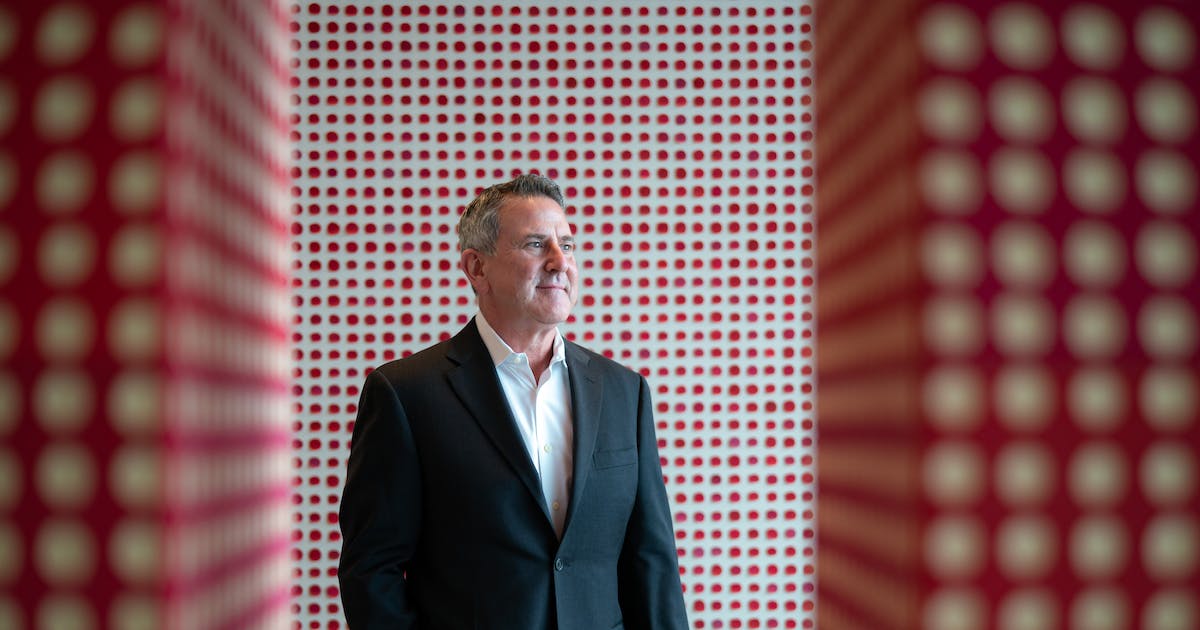 Target Corp.’s chief executive, Brian Cornell, will stay with the company at least three more years, a step necessitating a change in its retirement rules, the company said Wednesday.

The news came with word that one of Target’s top logistics executives is leaving just months after an inventory glut became the biggest problem of Cornell’s eight-year tenure.

Arthur Valdez, 52, joined Target as chief supply chain and logistics officer in 2016 after years at Amazon.com. Target described his departure as a retirement and said he will continue to play an advisory role through next April.

Valdez will be succeeded by Gretchen McCarthy, a senior vice president of global inventory management who has worked at Target for nearly two decades.

Valdez first signaled to Target executives that he was interested in leaving the firm in 2021, well before the company’s inventory ballooned this spring, a company spokeswoman said.

Cornell, 63, committed to remain as chief executive for approximately three more years. Target didn’t specify if Cornell could stay past that time.

With Cornell’s decision, Target’s board of directors eliminated its retirement policy, which had required a discussion of retirement once a CEO or other top leader reached the age of 65.

“In discussions about the company’s longer term plans, it was important to us as a board to assure our stakeholders that Brian intends to stay in his role beyond the traditional retirement age of 65,” Monica Lozano, lead independent director of Target’s board of directors, said in a statement.

Since Cornell became CEO in the summer of 2014, Target’s annual revenue has grown from around $73 billion to $106 billion. In the pandemic, Target generated record profits as more people shopped for necessities as well as discretionary items to make spending time at home more bearable.

But this year, the Minneapolis-based firm failed to adjust to a downshift in consumer spending on goods. Its profit fell 90% in the May-through-July quarter as it slashed prices and canceled future orders to reduce its inventory.

And when its revenue missed estimates in the February-through-April period, investors slashed 25% of the company’s stock value in one day, the worst single-day performance for Target shares since the 1987 market crash. In the days after that news, Cornell visited stores in different parts of the country to understand the extent of the inventory problem.

“With some of the inventory hiccups and some of the big earnings misses maybe they were getting questions about Cornell and how much longer he is going to be around and they thought this is a way to confirm it,” said Brian Yarbrough, a retail analyst at Edward Jones.

“She is stepping into her role as a proven leader who will bring a deep understanding of our business operations, and a highly collaborative, solution-oriented approach to leadership,” Cornell said. “She and her global team will continue to drive our supply chain strategy to deliver for our guests and support strong enterprise growth.”