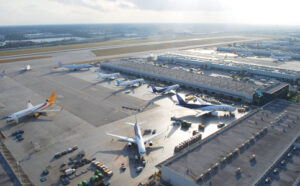 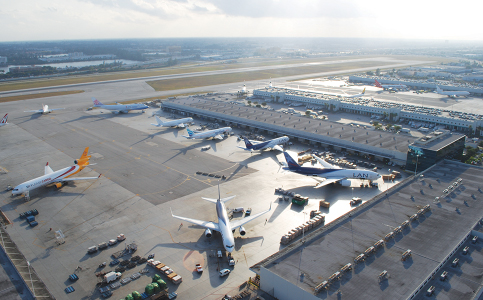 The committee agreed with the mayor’s aim to reject an unsolicited proposal to design, build, finance, operate, and maintain the cargo hub at MIA, to not solicit bids for the same purpose, and to let her administration start direct negotiation with proposers CCR USA Airport Management Inc. and AIRIS USA LLC.

The resolution was pushed back at a Jan. 11 meeting over concerns about a 50-year lease. Commissioner Jean Monestime had asked for more time to analyze the proposal, arguing that “this has not been properly vetted.”

John Carver, executive director of CCR Airports USA, addressed the concerns Tuesday and said the project was redesigned to locate the vertical hub over 29.4 acres of Aviation Department land and would not include land owned by the Florida East Coast (FEC) Railway or the area directly adjacent to the railway corridor.

An amendment by resolution sponsor Raquel Regalado says the proposal must not conflict with a plan proposed by FEC and Atlas Air, which are already active at the airport, or include any land owned by the railway. The amendment directs the mayor to report if negotiations fail.

The $2 billion privately-funded project proposes a 50-year lease to develop in four years a five-level, 1,706,575-square-foot structure able to yearly handle 4.95 million tons of cargo, more than double present use.

The proposers were to build temporary facilities to house current cargo while the vertical facility is being built. Mr. Carver said they relocated them east to the project area to avoid conflict with space Atlas Air uses.

To request proposals on the same project and run a procurement process would take two to 2.5 years and then four years to build, Aviation Director Ralph Cutié said.

Asked by Commissioner Danielle Cohen Higgins if he had concerns over building the first vertical cargo hub even though the proposers have built similar structures, he said, “I think any minor concern that we would have is overtaken by the fact that we are almost at capacity right now.”

The proposal, though adopted smoothly, came with staff concerns. In a Jan. 14 report, the Office of Inspector General said it would review the evaluation process and criticized that county staff didn’t notified the office of the unsolicited proposal, which it learned about through external sources.

The memorandum from Felix Jimenez says the unsolicited proposal was received Oct. 7, 2020, but “there is no account about what happened between Nov. 6, 2020, and Feb. 5, 2021. Were there any communications between [airport] staff and the unsolicited proposer during this three-month respite?”

Mr. Jimenez said the office will review the engagement of the department’s consultants. “When were the planning and financial consultants asked to evaluate the proposal?” he wrote.

The report notes that if the proposal evaluation started Feb. 5, 2021, the 90-day evaluation period ended May 7, 2021. “The Administration apparently held discussions about this unsolicited proposal for another 250 days, without seeking any approval from the Board.”