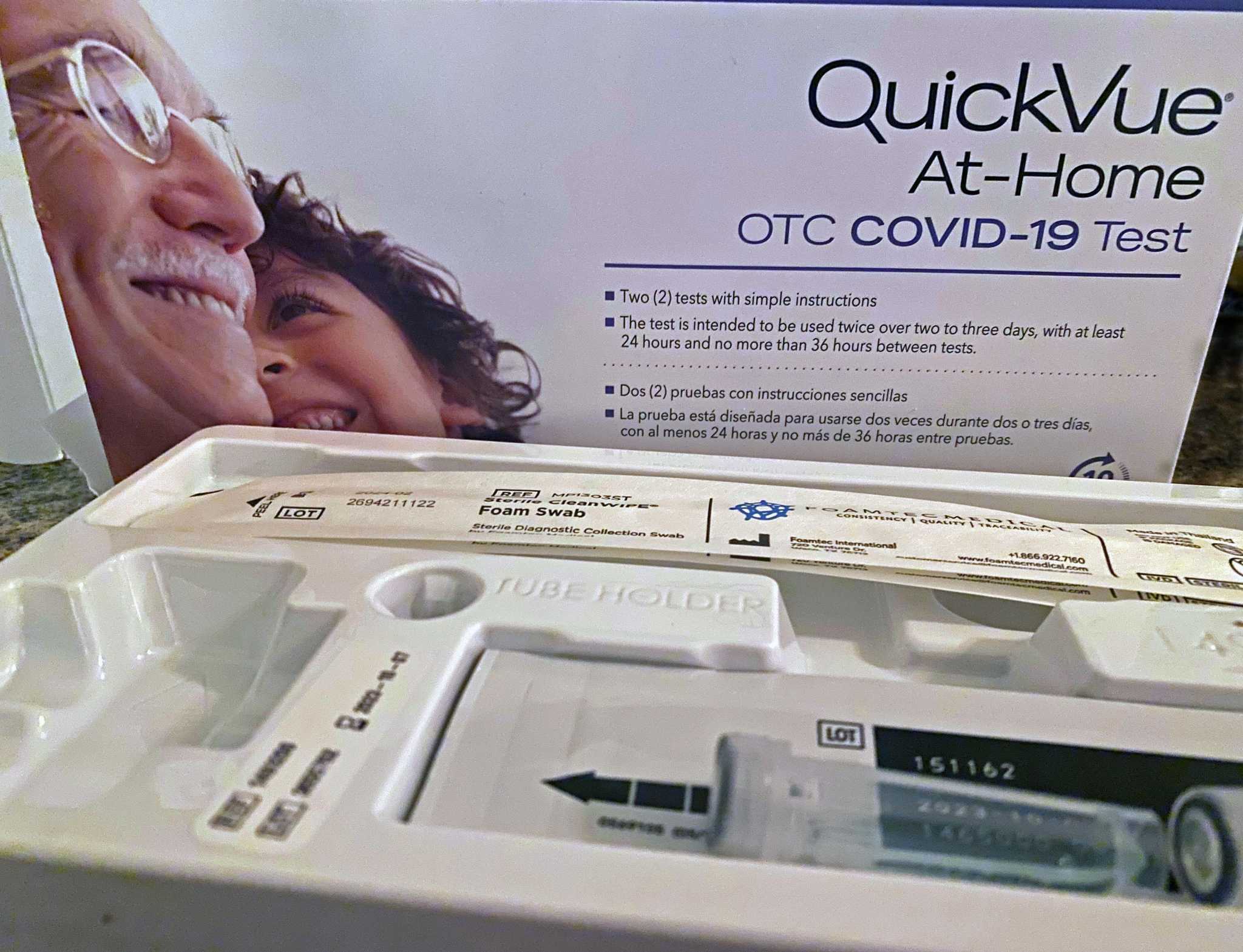 STAMFORD — People stumble into the vaccination site at Scalzi Park looking COVID-19 tests all the time. Oscar Flores works at the clinic run by Community Health Center. While tending to people in line for a vaccination, he has to periodically let frustrated residents down easily.

“No, we didn’t get a shipment today,” he told one woman asking about their inventory. A second later, he translated the same message to a man in Spanish.

Thursday afternoon, the circumstances were a little different. There actaully were supposed to be tests at Scalzi Park starting at 4 p.m., but the cargo never arrived.

The city anticipated receiving thousands of COVID-19 rapid tests but the state ran into issues at the last minute.

In response, Stamford officials had to cancel the city’s distribution efforts previously scheduled to post up at parks across the city.

“This is very disappointing news, as I know many Stamford residents were hoping to access these test kits,” Mayor Caroline Simmons said Thursday morning in a press release.

A plan to get 500,000 at-home COVID-19 tests kits to state residents before New Year’s Eve appears unlikely after Gov. Ned Lamont on Thursday evening acknowledged an issue with the deal made to purchase the kits from a California company.

If the state, and consequently the city, do receive test kits, Stamford officials said a new distribution plan would be announced.

Simmons and local health officials previously said they would prioritize testing “high-risk” residents and “individuals that have symptoms or have had a known exposure to COVID-19” with the shipment of antigen tests earmarked for the city. In addition to the drive- and walk-through sites at Scalzi, Cummings and Kocziuscko parks, community organizations like the NAACP and Building One Community would also get tests to distribute to their clients and members, the mayor said.

Not knowing that Stamford’s shipment of 17,010 test kits had not arrived, Angelique Antonioli started waiting in line at Scalzi Park just before 3:30 p.m.

“I tested positive two weeks ago, and I just wanted to be sure I was done,” the 22-year-old said. Everyone in her house had COVID, and she was eager to be done with the ordeal after a negative test. Antonioli’s relatives were all vaccinated. However, she wasn’t.

“Honestly, I was scared,” she said. “I didn’t know what was in it. But I think I actually do want to get vaccinated after this.”

Libby Fatum, 84, was also hunting down tests from the elusive shipment of rapid kits. As a high-risk individual, she wanted to get an at-home test before seeing her family in the new year. They hadn’t celebrated Christmas together, she explained, and after two years of relative isolation, she was eager to see them.

“At my age, two years is a long time,” Fatum said, before giving a deflated sigh an pivoting back to her car.

Stamford schools are scheduled to receive an additional 34,000 test kits — a total of 68,000 individual tests — on Sunday, specifically for K-through-12 schools, through a partnership with the state Department of Education. Lauren Meyer, special assistant to the mayor, told The Stamford Advocate that the latter delivery is still expected to arrive on time.

“We have not heard anything thus far about the school shipment,” she said in an email. “If we do, we will make sure to share it.”

Like almost every other municipality in Connecticut, Stamford is in the throes of an unprecedented spike in COVID-19 cases. Stamford Health administered 3,700 tests to patients during the week of Christmas, according to hospital CEO Kathy Silard. The positivity rate was about 26 percent among those tests, up from 13 percent the week before.

“We already know that omicron is very contagious, although less virulent than we have seen with the previous variants such as delta,” Silard said during Simmons’s Wednesday press conference. At Stamford Health, contagiousness has translated into a higher amount of patients. Silard reported that there are currently “a little less than 50” COVID patients at the hospital.

“I’m happy to tell you that a lot of patients are getting discharged very quickly — within a day, or two or three days,” she continued. “But we also have some seriously ill individuals.”

Silard said about 75 percent of the patients getting treatment at the hospital are unvaccinated. All the “critically ill” people in the ICU were unvaccinated as of Wednesday.

“If that doesn’t speak loudly to you the importance of getting vaccinated, I’m not really sure what will,” she said before using the opportunity to lay out how people should approach COVID testing in the coming days and weeks.

First and foremost, people exposed to COVID experiencing symptoms of the virus should seek testing promptly, she said. Exposed individuals without symptoms should wait at least five days since their contact before seeking out a test to avoid false negative results. Finally, those with no symptoms or recent exposures should hold on to any COVID tests in their possession “in the event that you need them because one of those two events have occurred.”