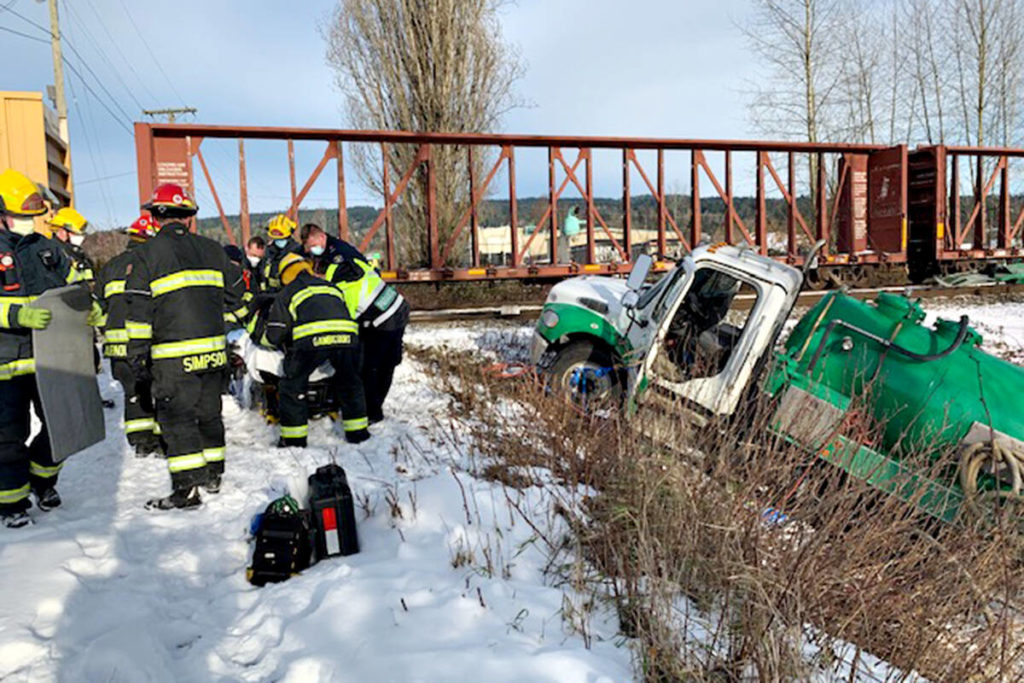 One injured in truck collision with freight train in Glen Valley

A crash involving a freight train and a small tanker truck in Langley’s Glen Valley sent one person to hospital with leg injures Wednesday morning, Dec 29.

Township of Langley fire crews and paramedics were called to extricate the driver from the truck after the collision occurred around 10:36 a.m. at a crossing near 256th Street and 88th Avenue, leaving the truck in a ditch by the tracks.

Langley RCMP said it appeared the truck, because it was empty, had difficulty getting traction and didn’t clear the crossing in time.

The driver was transported to hospital by B.C. Ambulance Service.

The train remained on the tracks for several hours, while railway police investigated.

Have a story tip? Email: dan.ferguson@langleyadvancetimes.com

On the supply chain and freight fluidity: Enforcement, not reformation

European NatGas Down as USA LNG Cargoes Head to Region