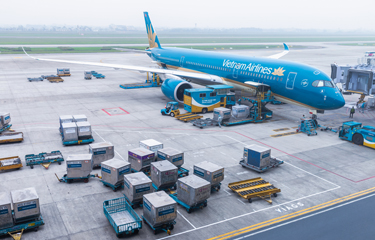 China has stepped up efforts to inspect the packaging of imported seafood with a goal toward preventing the entrance of COVID-19 into the country, and in recent weeks, has returned several seafood shipments back to Vietnam.

As many as 52 seafood cargoes, sent by 36 Vietnamese companies, were rejected by Chinese authorities between 1 January and 11 March, 2022, with Chinese Customs saying it found traces of COVID-19 not only on the packages but also on the seafood in the containers, Vietnam’s National Agro-Forestry-Fisheries Quality Assurance Department (NAFIQAD) said in a notice sent to the Vietnam Association of Seafood Exporters and Producers (VASEP) and local seafood exporters. Each of the exporters found to have sent COVID-19-tainted shipments have been barred from exporting to China for an undisclosed period of time.

NAFIQAD did not provide a year-on-year comparison, but said the number of returned cargoes from China have risen rapidly.

As China maintains a zero-COVID strategy, Vietnam has seen another wave of COVID-19 hit, with a daily average of 166,000 new cases between 9 to 15 March, partly due to the country’s reopening policies.

In December 2021 and into this January and February, thousands of Vietnamese frozen seafood containers and others were stranded near the inland border gates with China as China intensified inspections against Vietnamese goods to curb the COVID-19 contagion.

NAFIQAD said it fears Vietnamese exporters will face additional returns in the coming months if they fail to implement additional measures in their production and transportation methods to prevent COVID-19 from coming into contact with their products. It recommended they adhere to updated guidelines recently released by the General Administration of Customs of China on 15 February for exporters of frozen products.

Meanwhile, China has recently put the city of Shenzhen under lockdown and restricted nonessential travel in Shanghai as new cases in the world’s most-populous country surpassed 3,000 on 13 March, according to The New York Times.