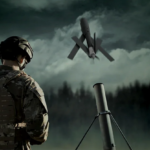 Earlier this week, the White House announced a new $800 million military support package for Ukraine on Wednesday in a bid to help them fight back against the ongoing Russian invasion. And part of that aid package includes cutting-edge aerial drones that experts say could prove exceedingly lethal to Russian forces.

The list of weapons to be shipped, President Joe Biden said, includes 9,000 anti-armor systems, 7,000 small arms and 100 Tactical Unmanned Aerial Systems. A U.S. official later confirmed to ABC that the aerial systems to be sent would be small “Switchblade” drones.

Manufactured by AeroVironment, Inc., in California, the Switchblade drones come in two variations: the Switchblade 600 and the 300. The latter is built to hit at smaller and more precise targets while the 600 is built to strike armored vehicles and tanks. 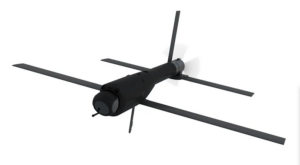 The 300 is less than two-feet long and weighs 5.5 pounds and can fly up to 15 minutes. The larger drone weighs 50 pounds but can fly for 40 minutes over a range of 25 miles. Both drones can be carried in a backpack and deployed by individual soldiers. It has not been confirmed whether both models will be included in the shipment.

According to its manufacturer, the drones can cruise at around 65mph and come fitted with cameras and GPS systems. They are single-use, which means they explode after striking their target and are not recoverable after they have been launched. The Switchblades also have a “wave-off” feature so that operators can abort a mission if civilians appear near the target or if the enemy withdraws.