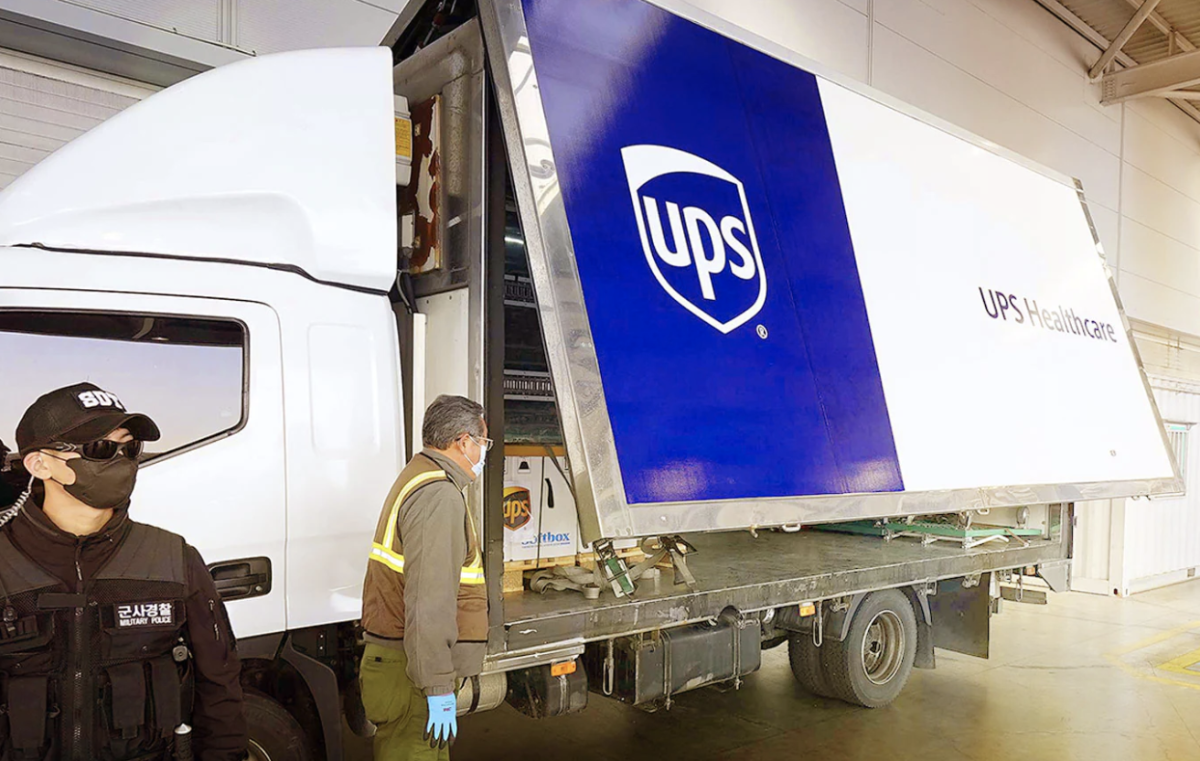 UPS (UPS) will have doubled its health-care facilities footprint by 2023, as a result of unprecedented demand for mRNA vaccines, and the company is making a long-term bet that demand for cold chain storage in medicine will only grow in coming years.

The logistics giant began building out millions of square feet of space as a result of its partnership with Pfizer (PFE)/ BioNTech (BNTX), according to UPS Healthcare and Life Sciences President Wes Wheeler, but that only sped up a strategy the company was pursuing before the pandemic.

“Health care at UPS was part of its matrix organization. It was not a business unit like it is today. It was not given the kinds of priorities that we’ve been given since I took the role,” Wheeler told Yahoo Finance in a recent interview.

Pandemic aside, the market for health care logistics has been growing in recent years, as more targeted treatments, known as biologics, takes hold.

Cold chain storage, in particular, has become increasingly important as a result, with some projections estimating the market will surpass $225 billion by 2026. UPS is among the top players, and market share only figures to grow as it targets new global hubs.

And with companies like Pfizer and Moderna (MRNA) focused on mRNA as a base technology for future vaccines, which requires minus 80 or minus 70 degrees Celsius transport, there is opportunity to capture a new market.

“I think it’s here to stay, and I think we’re planning on that,” Wheeler said of mRNA, at the company’s Innovation Summit in June.

“Which means we have to secure these cold chain supply routes all around the world from now on,” he added. 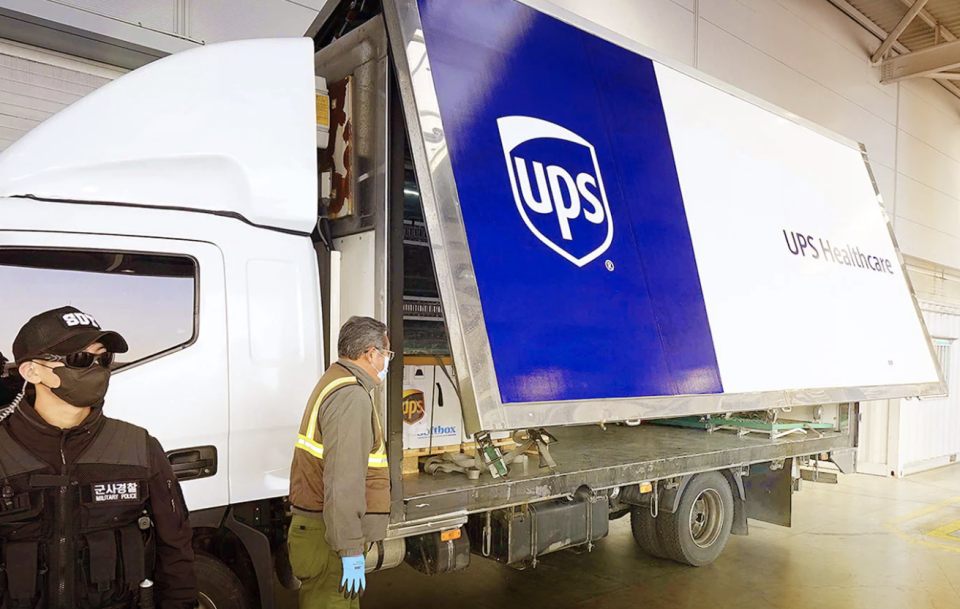 The company appointed Wheeler to be the head of a more structured health care unit at the end of 2019 — just before the pandemic began.

The company had seen its health care segment leading growth quarter over quarter, as a result of the health industry’s increased use of time and temperature sensitive treatments, among other critical patient needs, and had just launched a more high-tech solution in October 2019.

Soon after coming on board, Wheeler was tasked with the sudden surge in need to build out cold chain facilities and routes in partnership with Pfizer, to prepare to deliver hundreds of millions of doses of a COVID-19 vaccine out of Kalamazoo, Mich.

While that was nowhere near where UPS had identified a need for new space and routes, the company invested in Michigan and Louisville, Ken., to build out freezer farms, warehouse space and routes to ensure timely distribution.

“Because of the pandemic, we shifted gears from what would have been a longer term, very specific strategy of building out our capability. So we built a lot of capacity … We built supply routes out of places we would not normally have prioritized. For example, Michigan would not have been our first choice. But we moved, we pivoted, and we started to build capacity,” Wheeler told Yahoo Finance.

The same goes for Louisville, where the company created a dry ice factory to help transport the new, ultra-cold-needing vaccines, and built out storage for PPE and test kits.

After becoming a private partner in Operation Warp Speed (OWS), the operation launched by the Trump administration to ensure quick distribution of COVID-19 vaccines once they became available, UPS has continued to play a central role in vaccine deliveries — with weekly calls still ongoing among all partners including Pfizer and Moderna.

They began under OWS when Gen. Gustave Perna, who co-led the effort, “immediately turned to UPS for help. He realized that the U.S. military was not capable of doing what we did,” Wheeler said.

All partners coordinated regularly to ensure everything was running smoothly.

“Those kinds of meetings still happen with the government every week,” Wheeler said.

He wishes that a similar level of coordination could have been reached globally, especially in Africa.

“The African Union, ministries of health, UNICEF, Gav i… all these people that got involved made the stew a little bit too complicated. That’s why Africa has been slow to get vaccinated,” Wheeler said. 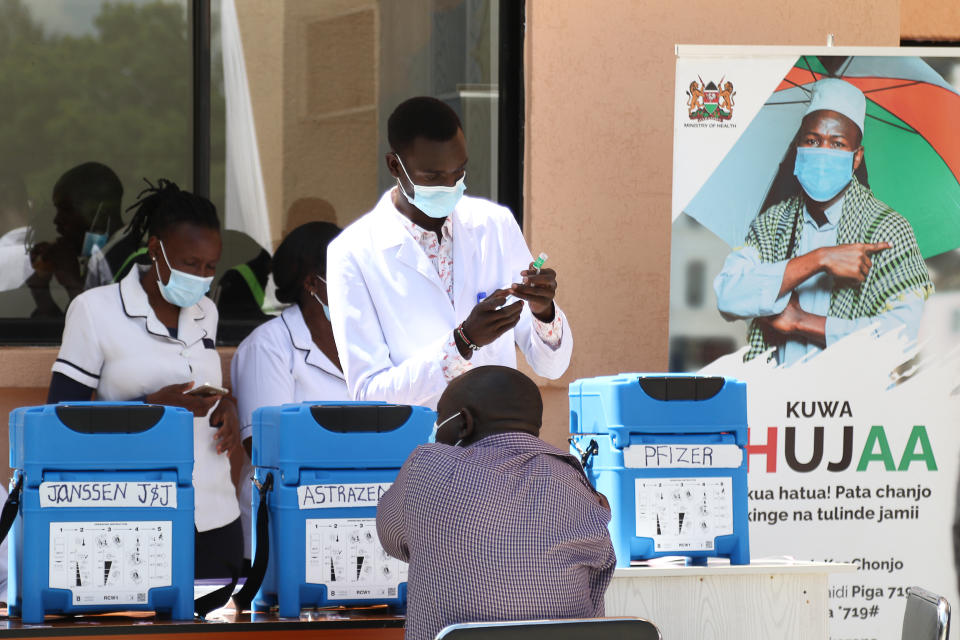 NAKURU, KENYA – 2022/06/06: A medical officer is seen preparing to administer a covid-19 vaccine jab to a man at The Nakuru County Referral and Teaching Hospital. In May 2022, the covid-19 positivity rate shot up to 5.6% from 0.3% at the beginning of the year. So far 8.4 million Kenyans are currently fully inoculated. The Government is targeting to vaccinate a population of 27million Kenyans by end of year. (Photo by James Wakibia/SOPA Images/LightRocket via Getty Images)

To that end, a key learning from the pandemic has been the need for more equitable and timely global distribution of medicines. Nowhere is that more clearly visible than in sub-Saharan Africa, where a majority of countries are still trying to administer first doses of COVID-19 vaccines.

The reasons behind that are many, but in part, a lack of domestic infrastructure, as well as an over-reliance on a limited number of global players, all lead to the current situation, Wheeler noted.

At the macro level, many of the starting ingredients for pharmaceutical products are made in China, but the recent lockdown in Shanghai, and in general disruptions throughout the pandemic, have lead to a discussion of nearshoring, Wheeler explained.

Which is why UPS sees opportunity in India.

“We believe India will be the next really large exporter of sterile drugs and biologic drugs into the U.S. and into Europe,” Wheeler said.

South Korea is another target, as it has been pushing more into biologics manufacturing. Currently, sterile manufacturing is largely done in Europe. But UPS is focusing on expansion in South Korea that will also provide similar capacity and transit routes.

In Africa, some countries have been a focus of vaccine makers in recent months, as commitments to expand manufacturing have been announced. South Africa, in particular, is serving as the mRNA hub for the continent.

But moving further upstream in the process than just the final fill/finish process — will require more emphasis on tech transfer.

In the past, the process can take as much as two years, Wheeler said. But the pandemic has helped reduce that time.

Wheeler noted that South Africa is already a big pharmaceutical market, and UPS has done a lot of business in the past. But some key hurdles need to be overcome in order to truly succeed.

Getting shipments transferred safely, securely and with quality intact was just one part of the problem during the pandemic.

The last mile in some regions of the world remains an obstacle.

“The biggest challenge we’ve had is truly understanding how long a passive package can last at temperature, when you’re trying to deliver something from a place in Michigan to a remote village in Africa. That time in transit is such an important component,” Wheeler said.

The complexities include very technical issues, such as the varying regulations and customers requirements at each port.

“If you ship across country borders without proper customs, brokerage and claims, it can be stuck in the air … or even on the ground side of the airport for days. In that case, it all expires,” Wheeler said.

And there are protocols and notifications to various regulatory bodies in the event of disposing of expired doses.

It’s why partners and suppliers like Zipline, which has been piloting drone deliveries of mRNA vaccines, matter.

“These are little technical details we worry about all day long,” Wheeler said.

Still, the pandemic experience has given the company confidence in its growth in the cold chain health care — especially in new markets.

“I think as long as we can get airlift capacity out of some of these remote countries, and provided we can continue building our (manufacturing) facilities around the world where we need them, I think there’s going to be a bright future for biologic drugs in the future,” Wheeler said.

Read the latest financial and business news from Yahoo Finance

Download the Yahoo Finance app for Apple or Android