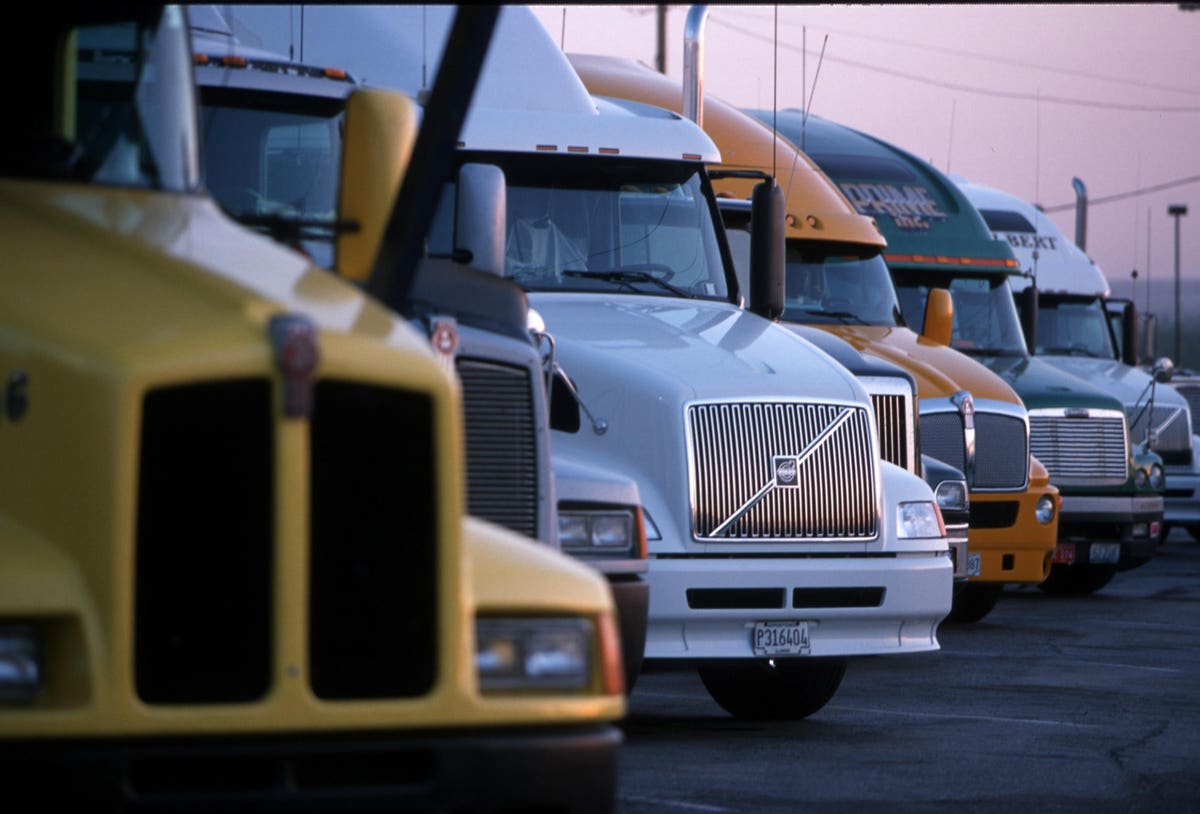 Have you heard this one? Two young guys walk into a bar and sit down.They sketch out a business plan on a napkin and now they’re attracting millions in new investments. It’s no joke. That’s how Taylor Monks and Brett Byman dreamed up BasicBlock almost four years ago at bar in Lincoln, Nebraska.

This month BasicBlock announced it raised $78 million from a group of investment companies and is looking to expand.

The company provides a service called freight factoring which provides instant cash for independent trucking companies that can’t wait up to two months for their customers to pay their invoices.

“We’re almost enabling American dream,” Byman, BasicBlock COO, told Forbes.com. “We’re helping these independent trucking companies better manage their money and their finances but we’re helping them grow as well. We’re taking the financial burden off their plates entirely and actually giving them the ability and flexibility to grow their small business as well.”

Here’s how it works. The trucking company sells its invoice to a factoring company such as BasicBlock for a small fee, $20-$30, and is paid immediately. BasicBlock then submits the invoice to the shipping customer and waits for payment.

BasicBlock co-founder and CEO Taylor Monks calls factoring a “necessary evil” given the fact there are so many small, independent trucking companies starting that do not have the cash flow or credit to wait more than a month to be paid.

“A lot of the owner-operators, the 93% that are less than eight trucks, small mom and pop trucking companies, they often immigrants as well,” said Monks. “They don’t have any historicals, like they might have just gotten their social security or these types of things, so they really can’t get lines of credit.”

Factoring has been around for many years but the Covid-19 pandemic has caused a spike in the number of smaller trucking companies coming online, started, in part, said Monks, by truckers disenchanted with policies at some of the larger carriers.

“Traditionally a lot of these guys are very conservative. Every single day we see 500-800 new truck drivers that get their own authority. That means they could just be a truck driver for the first time or they could be working in a larger fleet and saying I’m not getting this vaccine and I’m leaving to go do my own thing now,” Monks explained.

Worldwide, the factoring services market was valued at $3.2 billion in 2020 and expected to grow at an 8.4% compound annual growth rate through 2028 according to a report published last August by Grand View Research.

The report attributes the growth in factoring in part to the increase in open account trade where payments are delayed up to 90 days as well as the pandemic, stating, “The COVID-19 pandemic has affected the global economy by leading to supply chain and market disruptions and inducing a severe financial impact on enterprises and financial markets.”

While there are a number of firms offering freight factoring, BasicBlock’s Brett Byman points out his company’s customers are not bound by contracts, but rather “agreements” where they can opt out at any time. They can interact with BasicBlock via a mobile app.

“We’ve done well by being exceptionally driver friendly,” said Byman. “Drivers have traditionally been treated really really poorly by factory companies they’ve worked with, moreso related to a payday loan type of company and we see tremendous opportunity by being able to come in and just providing exceptional customer service.”

With this new infusion of funds Byman and Monks look to expand what they describe as a “lean” business and open offices in Chicago, which Monks says has “become the freight tech center of the world.”

The partners also look to use the money to strengthen the company finances by paying off debt and manage the constant movement of money.

“Freight carriers continue to experience difficulty meeting working capital demands because traditional financial institutions are not meeting the needs of owner operators and small carriers,” said Burak Cendek, partner at Autotech Ventures, one of the lead investors in a statement. “BasicBlock has developed a solution to enable this critical piece of the supply chain access to financing in order to compete. Autotech Ventures sees great potential in BasicBlock’s current offering as well as its plans for the future.”

Byman and Monks have indeed come a long way since they met at Wesleyan University where Monks was a student and Byman, who had previously started a number of businesses, had visited to speak about international entrepreneurship. As Byman recalled, he saw something special in Monks and the relationship grew from mentor-mentee to a close friendship.

Shortly after that Monks dropped out six credits shy of graduation after a professor gave him an F for writing a paper on blockchain and bitcoin mocking both as nothing that will ever amount to anything.

So Monks retreated to his mother’s home in Nebraska where she demanded to know what he was going to do next. The answer to that came to Monks while working on another project in her basement and saw his future through the window.

“I looked out the window and saw some trucking companies that had offices there and at the time I just said I’m gonna work with trucks to get my mom off my back and now four years later now like I obsess over trucking companies every hour of every day,” Monks recalled.

He whipped up a four-page text with the basic ideas for BasicBlock, sent it to Byman, they met at that bar and scribbled out a business plan on a napkin.

Now, armed with millions in new investments and a growing customer base, the two young entrepreneurs are ready to make their move.

“It’s time to grow up,” said Monks. “Time to scale up the business to bring in real firepower.”