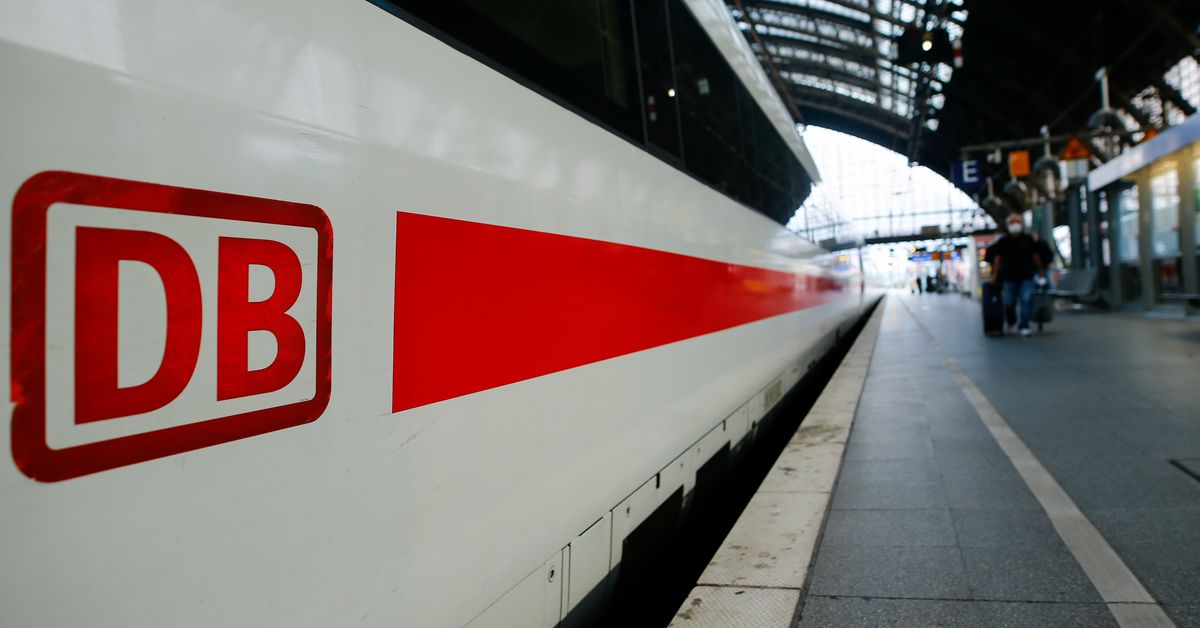 The logo of Deutsche Bahn is seen on a train at Cologne’s main railway station, during a nationwide rail workers’ strike, in Cologne, Germany, August 23, 2021. REUTERS/Thilo Schmuelgen

The supervisory board of state-owned Deutsche Bahn will approve the sale as soon as possible, potentially this year, the sources said.

Banking sources value Schenker between 12 and 20 billion euros ($19.97 billion), though valuation calculations will be influenced by the state of the global economy and impact from the war in Ukraine and the ongoing energy crisis.

Banks are likely to receive invitations to pitch to work on the sale process over the next couple of months, with a potential appointment in December ahead of pre-marketing in 2023, a separate source familiar with the process said.

Both a direct sale and an initial public offering are options, the sources said, adding there was no time pressure and a sale in 2024 was also a possibility.

The transport ministry and Deutsche Bahn declined to comment.

The Free Democrats (FDP) and Greens, both junior coalition partners, are in favour of Deutsche Bahn focusing on passenger and freight transport in Germany.

Schenker, based in Essen, has 75,000 employees worldwide, and accounts for more than a third of Deutsche Bahn’s revenues.

In the first half of 2022, the business made an operating profit of almost 1.2 billion euros, lifting the whole company back into profit.

Reporting by Markus Wacket in Berlin and Emma-Victoria Farr in Frankfurt, Writing by Madeline Chambers; editing by Matthias Williams and Jane Merriman

How Saudi Arabia’s $18bn logistics industry is reaching out to