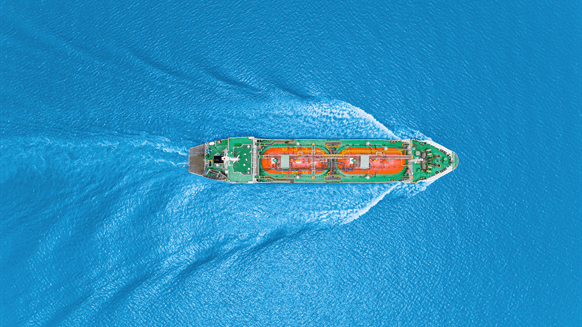 European gas prices slumped for a sixth day, the longest losing streak in more than a year, as cargoes of the liquefied fuel head to the continent just as industrial shutdowns and warm weather curb demand.

Futures fell as much as 9.7% on Wednesday as a flotilla of U.S. LNG cargoes is headed to the region, while several vessels that were sailing to Asia have now diverted to Europe. More supplies come after record prices earlier this month forced factories to halt or slow output, curbing demand just as the continent faces unseasonably warm temperatures.

European gas prices surged more than 400% this year, with Russia curbing flows at a time demand was rebounding. While prices have slumped over the past week, they are still more than five times higher than the average of the past five years. The LNG relief may also be short-sighted, with geopolitical tensions and Russian pressure to get its controversial Nord stream 2 pipeline to Germany approved keeping traders on edge.

“Europe’s gas problem may not go away next year,” said Andrew Hill, head of European gas analysis at BloombergNEF, in a report on Wednesday. “Geopolitical issues and acrimony with Russia, particularly around the Nord Stream 2 pipeline, will increase the scope for Russia to limit flows to Europe in the first half of the year, and potentially much longer.”

LNG supplies are already entering European grids. Flows from the Isle of Grain and Milford Haven Terminals in the U.K. have surged more than 20% since Dec. 24, according to data from the National Grid. Flows at other ports in Europe are also set to increase, with the number of U.S. cargoes heading for the continent’s ports jumping by one-third over the weekend.

The region is also attracting more supplies as Asia’s biggest buyers opt to use their inventories this winter instead of procuring more cargoes.

Gas has whipsawed in recent weeks, soaring to record levels above 180 euros a megawatt-hour last week, following a sharp drop in shipments from Russia. Power markets have followed a similar trend, with traders bracing for tight supplies in early January, when about 30% of France’s nuclear fleet will be offline.

German power for next year fell as much as 2.1% to 221 euros a megawatt-hour.

Higher wind power production and milder weather have also helped to reduce demand for the fuel to generate electricity and heating.

Derailment of a parcel cargo express at Yesvantpur yard delays

Thames Estuary Growth Board Releases Study on Light Freight on