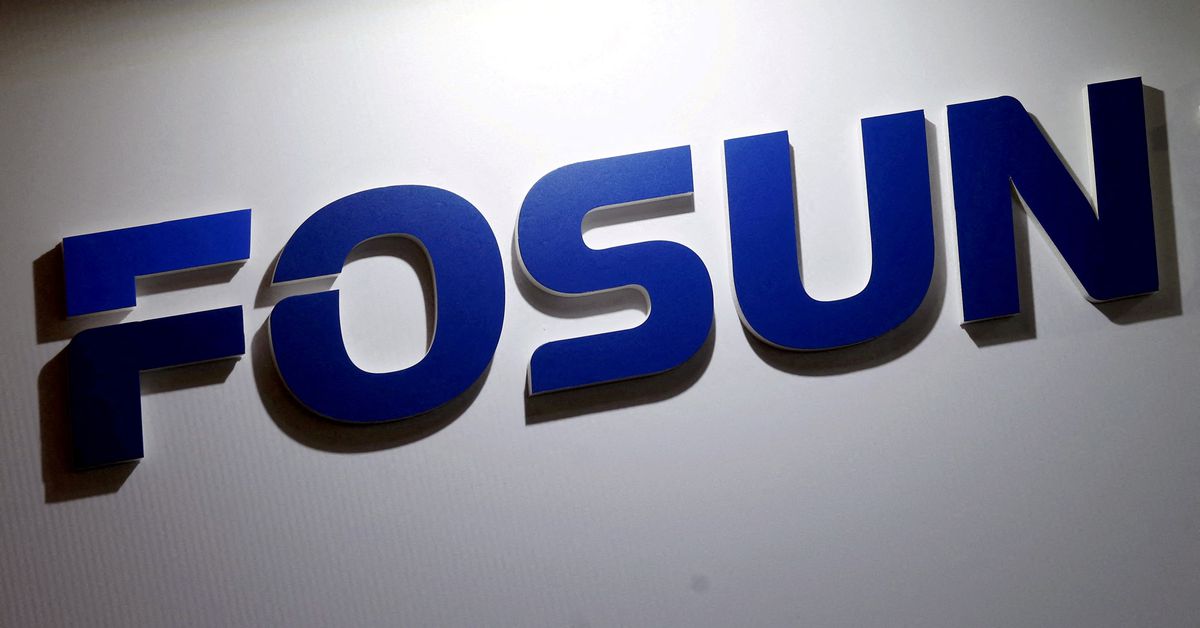 HONG KONG, Nov 23 (Reuters) – Debt-laden Chinese conglomerate Fosun International (0656.HK) is seeking to offload a minority stake in Alibaba Group’s (9988.HK) logistics arm Cainiao, in a deal that could fetch up to $1 billion, two people with direct knowledge of the matter said.

Fosun has appointed a financial adviser to run the sale of its stake of less than 5% in Cainiao and the plan is at an early stage, said the sources, who declined to be identified as the information is confidential.

The once-acquisitive conglomerate, which owns resorts brand Club Med among other assets, is looking to sell its stake in Cainiao with the firm’s valuation assessed at between $18 billion and $20 billion, said one of the sources.

Fosun, Alibaba and Cainiao did not respond to Reuters’ requests for comment.

The planned divestment comes as Fosun, controlled by billionaire entrepreneur Guo Guangchang, is struggling under high debt levels and is aiming to ease liquidity strains by selling non-core assets.

Fosun is among a handful of Chinese conglomerates which had rapidly expanded their business empires at home and overseas in the past decade mainly via debt-fuelled acquisition of assets ranging from luxury hotels and retail brands to soccer clubs.

But as the Chinese economy and their businesses slowed in recent years, the cost of servicing those debts jumped sharply, forcing them to explore the sale of some of those assets to bolster the balance sheets.

In 2020, Fosun which owned 6.7% of Cainiao, had already talked with potential buyers including Alibaba for its stake in the logistics firm as it needed fresh capital for new investments in other businesses, Reuters reported at the time.

It had sold down some of that stake over the past two years, one source said.

A Citigroup analyst report on Nov 2 said Fosun’s management stressed that the main purpose for its 50 billion-to-80 billion yuan disposal of non-core assets within the next 12 months is to reduce its current debt level and enhance its leverage ratio.

The report noted that potential disposals of non-core assets may include Fosun’s stake in Cainiao.

According to Refinitiv data, Fosun has agreed to sell or sold over $5 billion in assets this year. Reuters reported on Tuesday that Fosun has appointed Deutsche Bank to sell its stake in reinsurance company Peak Re.

In 2013, Fosun had invested 500 million yuan as a co-founder of Cainiao, the logistics firm that underpins delivery for Alibaba’s e-commerce marketplaces.

Cainiao raked in 26 billion yuan in revenue in the six months ended September, up 19% year-on-year and accounting for 6% of Alibaba’s total revenue.

Ratings agency Moody’s in October downgraded Fosun’s credit rating to B2 last month and revised its outlook to “negative” from “ratings under review”, saying the firm’s cash on hand at the holding company level would be insufficient to cover its short-term debt maturing over the next 12 months.

Fosun said in response to the report that it had terminated its business engagement with Moody’s rating service and ceased to provide relevant information to the agency from Oct. 12.

The logistics of death can be overwhelming

Amazon quietly opens its logistics network to third-party merchants in