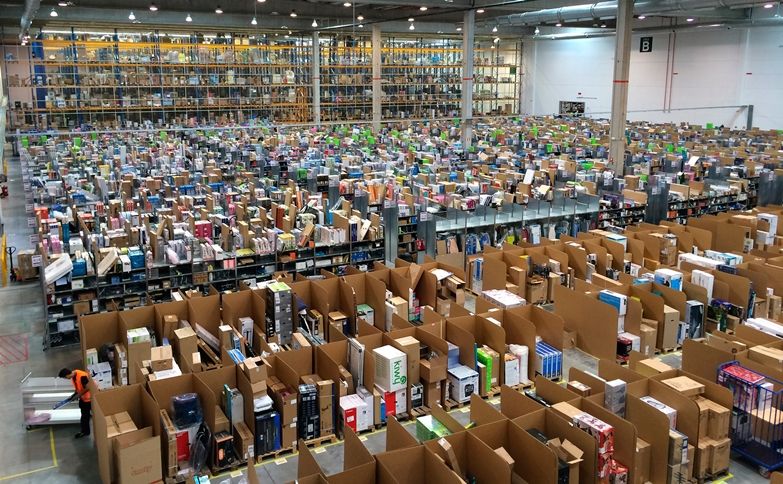 The inside of an Amazon warehouse.

The list of operating and planned distribution facilities from which Amazon is pulling back continues to grow.

Since announcing it was pivoting from all-out growth mode to a period of re-evaluation, refocusing and potential contraction, Amazon has closed several operating facilities and canceled or postponed plans for dozens of future facilities.

In all, 66 current or planned industrial properties have been affected by the shift, according to data from consulting firm MWPVL International as reported by The Wall Street Journal.

The list of affected facilities has grown by 17 since late August and could do so again, MWPVL founder and President Marc Wulfraat told Bisnow in an email interview.

The facilities affected by closures, cancellations and postponements are spread across different markets, but the common thread is that Amazon’s logistics department believes it can absorb the shipping capacity at other facilities. In areas without as much redundancy, plans are proceeding and expansion is still ongoing, albeit at less breakneck speed.

“[Amazon] is not slamming on the brakes,” Wulfraat said. “It is easing off the gas pedal.”

At least 25 future warehouse plans have been canceled, with 10 of those being larger, regional distribution hubs in secondary markets like Louisville, Kentucky, and Kansas City, Missouri. Some plans were canceled where Amazon had yet to commit to a lease, as the company has deprioritized leasing in favor of buying land where possible in the past year, Wulfraat told Bisnow.

At sites where Amazon has either already committed to a lease or owns the property, postponements have been favored over cancellations so that Amazon can focus on minimizing labor spending without eating too many one-time costs associated with breaking leases, Wulfraat said.